The Great Gift of the Eucharist 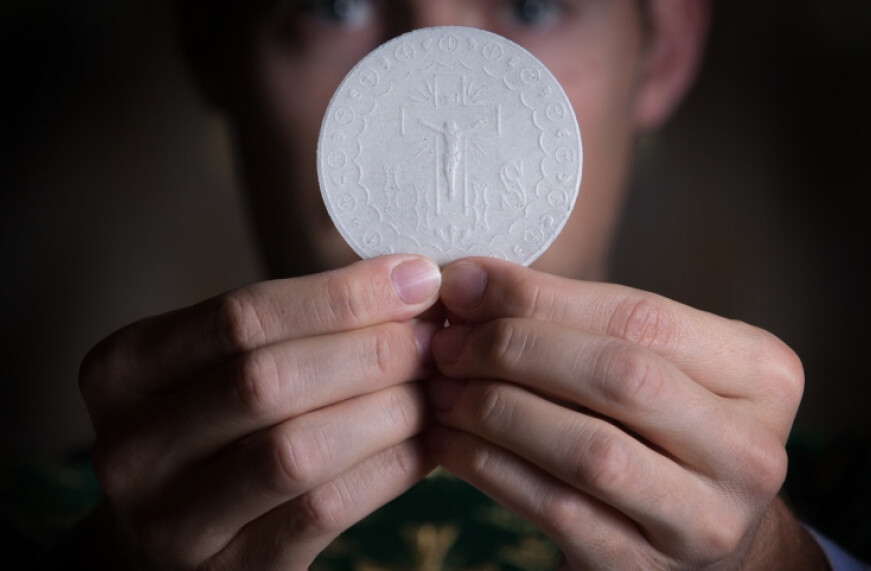 Recently, I was exercising at the Wisconsin Athletic Club, the people there are friendly and I enjoy the opportunity to keep my body loose for school recess. The room I was exercising in was shared between myself and two other men. One of the men I had never seen before, the other had become an acquaintance. At one point I moved to another part of the building when, shortly after, the man I was an acquaintance with excitedly came up to me. He eagerly told me that he started a conversation with the third man in the room and it turns out he was a VP for none other than the famous website Facebook and had the wealth to prove it. As much as I was surprised to hear that such a man had somehow found his way into the WAC in Brookfield and had been in the same room as me, I was more surprised at my indifference to such a fact. I simply could not match or come close to the excitement my friend was displaying. I found this quite strange. After all, this man was, according to my friend, worth many millions if not billions, how could I not be at least somewhat excited to think I was a mere feet away from him.

As the week went on I mulled this over and an answer slowly became clear. While this man represented the pinnacle of worldly wealth, it pales in comparison to what myself and every Catholic has. For in my poor and unworthy hands, I have held the very Body and Blood of Jesus Christ in the Eucharist, my hands have held God himself. When I enter through the doors of the Church, I find myself in the same room as the God who was born in a manger, walked on water, forgives sins, created me and died for me. What could this man offer to me that I do not already have?

The longer I am a priest, the more I am in awe and gratitude for the great gift of the Eucharist. The world can offer me many things, but it cannot offer me God himself. Perhaps that is why it is so fitting that the word “Eucharist” means Thanksgiving.